Stirling MP Alyn Smith has called on UK Prime Minister Boris Johnson to urgently change course on current plans for the UK Internal Market, widely condemned as both illegal and fatally undermining the devolution settlement. The UK Government published their draft bill on the UK Internal Market to widespread criticism from parties across the UK. […] 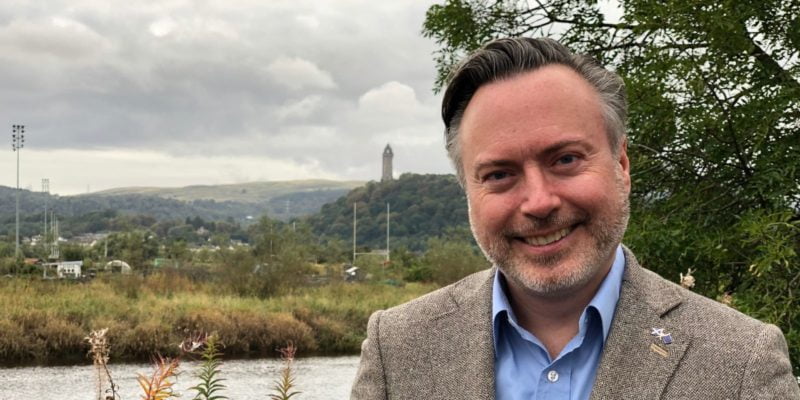 The SNP has said Tory plans for a multi-million pound “shock and awe” Brexit advertising campaign are a “waste of taxpayers money” – and called for an apology over the tasteless term closely associated with the Iraq War. The contract for a £4.5million advertising campaign, reported by Politico, follows the £46million Boris Johnson’s government spent on a […]

Alyn Smith, MP for Stirling, has welcomed a letter from Michael Barnier confirming that the European Union remains open to a two-year extension to the Brexit transition period – and has called on Boris Johnson to accept the offer to protect jobs and the economy amid the coronavirus crisis. In a letter to the Westminster […]

Stirling MP Alyn Smith is encouraging EU and EEA nationals in the local area to apply for settled status so that they can remain permanently in the UK. Mr Smith’s call comes after the latest figures from the House of Commons Library show that a third of EU citizens in Scotland have not yet applied […]

100% Renewable Powered Hosting.
Datacentre uses 100% green sourced power as specified by E.ON and as regulated by Ofgem.
We use cookies on this site to enhance your user experience. By closing this notification you are giving your consent for us to set cookies.Close