Stirling Stands in Solidarity with Ukraine 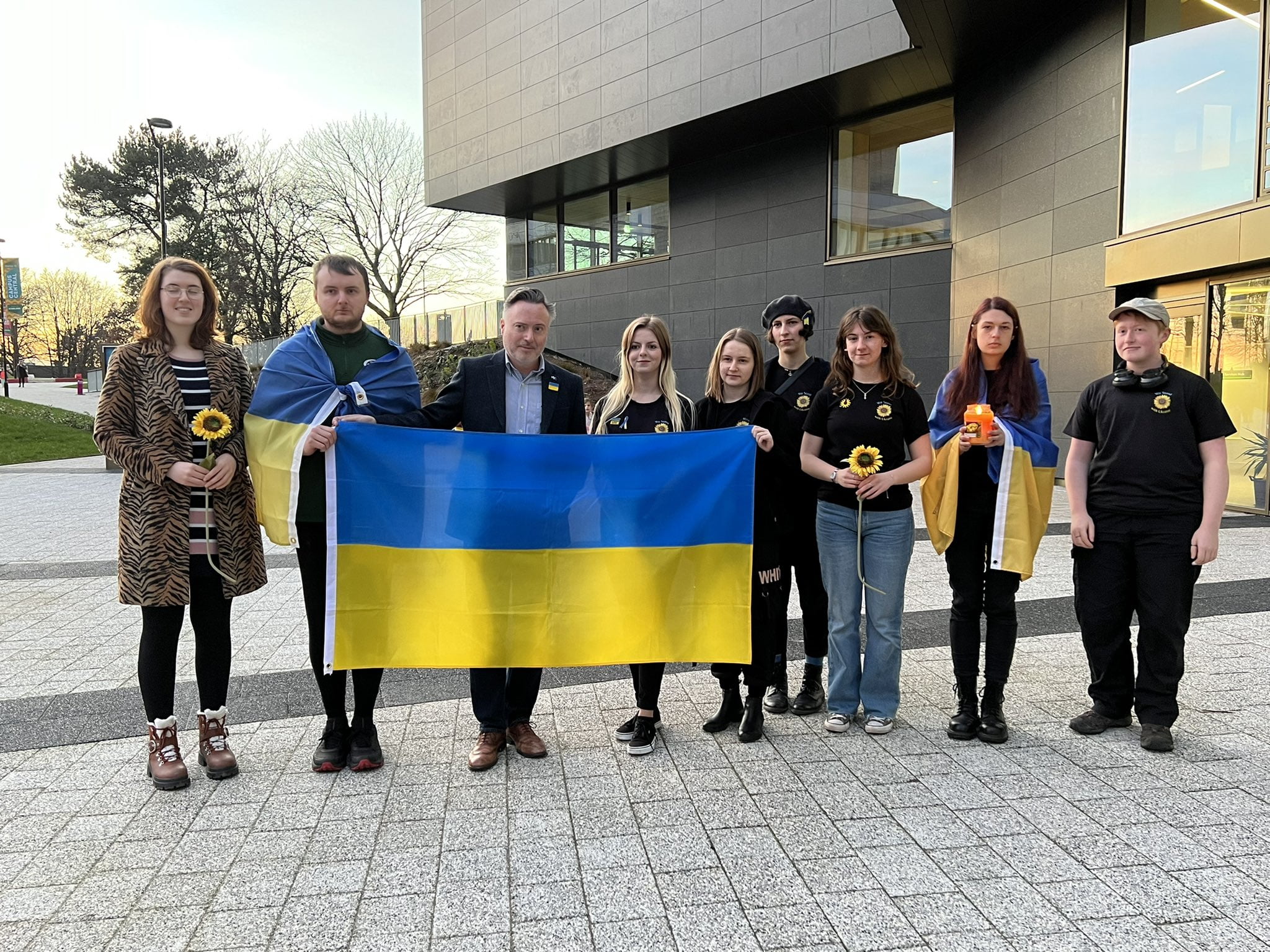 Friday 18th March saw students and activists assemble in the newly constructed Campus Central courtyard at the University of Stirling, to hold a vigil for Ukraine.

The event was part of Action for Ukraine Week, a series of events organised by concerned students eager to assist with the growing Ukrainian humanitarian crisis following Russia’s invasion. Candles and Ukrainian flags accompanied various speeches, alongside a moment of silence in honour of those lives already lost in the conflict.

Raising over £1000 in monetary donations, the set of events, fundraising activities and community action days have helped galvanise the Stirling community amidst a backdrop of growing international condemnation of Putin’s actions.

‘Stirling has once again demonstrated our collective anger and sorrow at the events we’re witnessing in Ukraine. This senseless Russian invasion continues to kill innocent people, engage in horrific war atrocities and besiege a peaceful European democracy. Students at the University of Stirling helped articulate what many of us here in Scotland are feeling: a sense of outrage and deep anger at the injustice of it all, solidarity with our fellow Europeans, and a burning desire to help in any way we can.’

‘So often, international crises and conflicts can induce a feeling of helplessness. But it’s through events such as this vigil, and other such activities as we’ve witnessed in this week of action, that people can play their part and stand with Ukraine in their hour of need.’