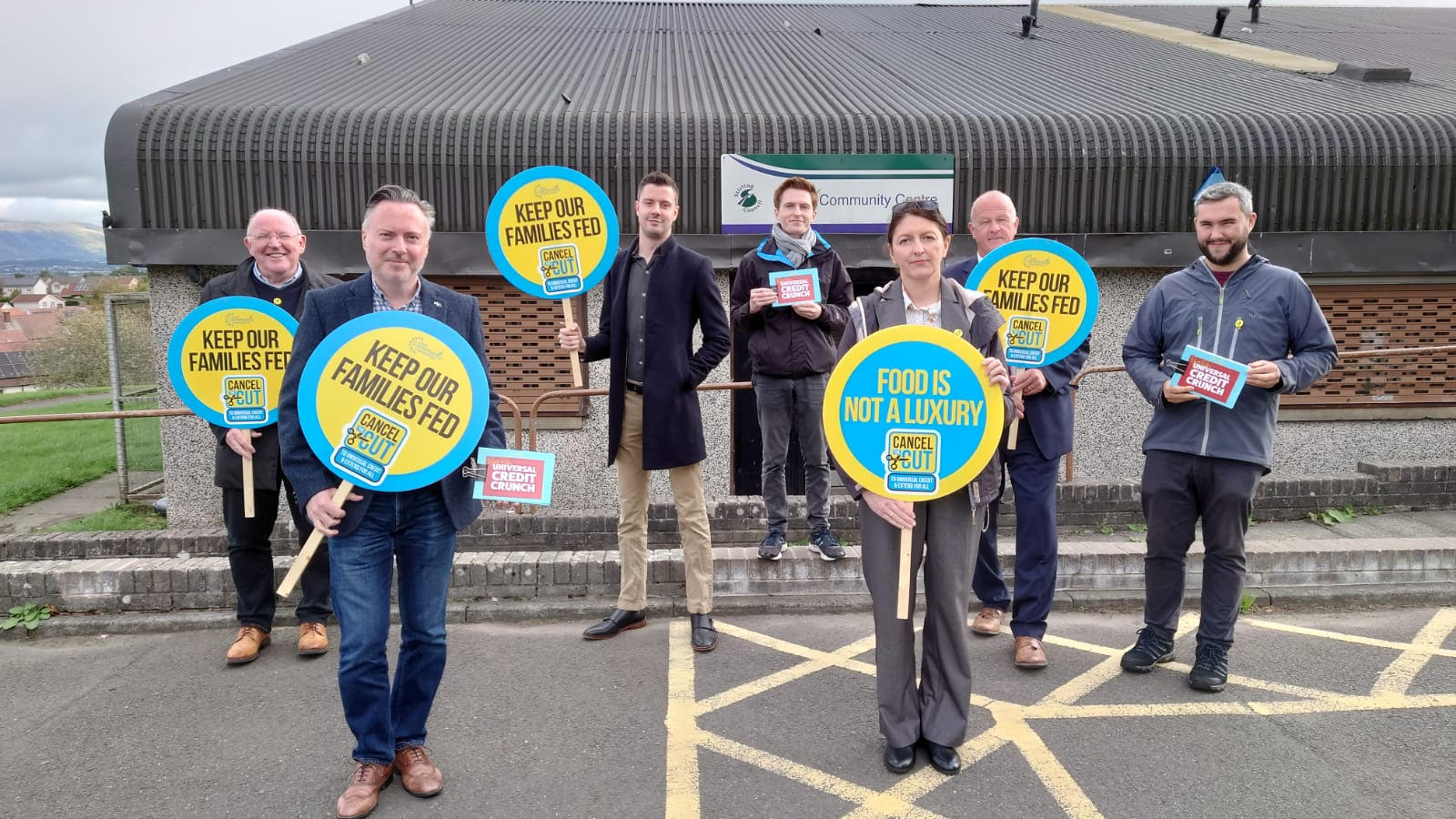 Households Across Stirling Set to Lose Out

Stirling politicians have united to condemn cuts to Universal Credit payments, as the UK looks set for a difficult winter. Stirling MSP Evelyn Tweed, Alyn Smith MP and Councillor Alasdair MacPherson have all called on the UK Tory Government to drop the £20 a week temporary uplift to Universal Credit, a move which will plunge hundreds of Stirling households into further poverty.

During a recent session of the Scottish Parliament’s Social Security and Social Justice Committee, Ms Tweed explored with attendees the impacts these cuts will have, with Chris Birt from the Joseph Rowntree Foundation plainly stating: ‘the UK Government need to stop this cut. There will be Citizens Advice staff, staff in homeless support in Councils, staff in the Trussell Trust and other foodbanks, worrying about how much more work they’re going to do if this cut comes ahead.’

Ms Tweed felt the contributions from Bill Scott, Chair of the Poverty and Inequality Commission, were particularly powerful:

‘The real problem is that employment used to be a route out of poverty; however now two thirds of children living in poverty are in working households.”

‘The last estimate I saw was that the cumulative effect of the cuts from 2010 to 2019/20 was around £2.2bn in Scotland alone and it may have increased since then.’

Figures from the Scottish Campaign on Rights to Social Security (SCoRSS) – a coalition of over 40 organisations who advocate for a reformed social security system – demonstrate the severe impact these cuts will have.

A staggering 74% of Citizens Advice Bureau clients on Universal Credit will struggle; 1 in 4 people claiming Universal Credit in Scotland say they are ‘very likely’ to need to skip meals when the cut hits, and 17% say they are very likely to use a food bank; more than half a billion pounds a year will be removed from the Scottish economy, cutting support for some of the most deprived parts of the UK.

Research from the Joseph Rowntree Foundation suggests locally, 5870 (16%) working age families in Stirling will be impacted and 2690 (28%) working-age families with children.

The £20 uplift is due to end October 6th but the exact date for claimants will vary depending on which day they usually receive their universal credit.

Sheena MacMillan, a Stirling resident who will personally experience these cuts to Universal Credit said:

‘As a working single mum of two the impending reduction in Universal Credit is a slap in the face from the government. I make ends meet on my income with the additional £20 per week received of great use for my family. It is the difference between buying food, fuel, heating our house and the out of school activity that one of my children enjoy.

‘I am angry as I feel that I am not allowed, nor my children, to get on in the world – why should new clothes, a trip away, even sweeties in the tin be unachievable when I work hard. There is no scope to put money away to save anything and with the cut to UC, the impending tax increase and the rise in electricity and gas I will remain in my barely getting by status. Worrying about money affects me, it is always there in a never ending monthly cycle of wondering how I will manage.

‘I am lucky, I reside in a council house and have never had to use a food bank. However, if this cut is affecting me in this manner then I worry for my future self and the thousands of others who are in the same situation.

‘We are all just recovering from the subsequent lockdowns and when a majority of the working class are slowly getting back on their feet the government decided to impose this unjustified and frankly nonsensical cut to social security.

‘The explanation given by the government is poor and shows a lack of compassion and understanding for the working people of this country – instead of supporting us they turn their backs and rely on the goodwill of people and charities – appalling behaviour.’

‘Social security is the bedrock of society, and the very essence of the social contract between the state and its citizens. A functioning system ensures people can live in dignity and safety, and vulnerable members of our communities don’t fall further into poverty. I’ve already had constituents like Sheena get in touch, wondering how they’ll cope when these cuts are made – people are already asking for help.’

‘The fact Universal Credit has to be uplifted by £20 a week in the first place goes to demonstrate how insufficient the UK’s social security really is. To be cutting this uplift as furlough comes to an end and we head into an uncertain winter is economic recklessness.’

‘Experts and leading charities have widely condemned this cynical move by the Tories, to balance the nation’s books on the back of the poor.’

‘Even Olivier De Schutter, the UN-appointed rapporteur on extreme poverty, has written to the UK Government to say these cuts break international human rights laws.’

‘Only independence can ensure Scotland gets the governments and policies we vote for, and can enable us to turn the page on Tory austerity once and for all.’

‘The refusal of the UK Government to see the reality on the ground is staggering. Millions of families across the UK will be affected by this, driving more households in Stirling and across Scotland into poverty. These cuts make little economic sense, as poverty will continue to be an issue requiring the intervention of public services down the line.

‘Cuts to social security achieve nothing, except to heap more misery and suffering on the most vulnerable in our communities. The evidence of the damage these cuts will do is overwhelming. How can the UK Government remain ignorant of the facts? Worse, I suspect they just don’t care.’

‘These cuts are immoral, plain and simple. They will drive people in my ward and across Stirling further into poverty. The Tories at Westminster respond to criticism by telling people to work more hours. Most recipients already wear themselves down trying to keep a roof over their heads and food on the table for their families.

‘Throughout this pandemic we’ve heard the usual lines about ‘Building Back Better’. Except what we got was the same old Tories, pushing austerity to break the backs of the poor and vulnerable. The vast majority of those impacted will lose more than £20 a week as the reduction equates to £87 per month. It’s senselessly cruel.’